Bagels get a bad rap. Sure, some of the bagel and schmear choices are chock-full of refined carbs, sugar, and empty calories. However, if you’re careful with choices, a bagel can actually be a very healthy breakfast, snack, or lunch. By combining whole grain bagels with proteins, healthy fats, and fresh fruits and veggies, you’ll get a well-balanced handheld meal!

In honor of the Olympic games, we’re showcasing five of our favorite healthy bagel combos—each a color of the five Olympic rings. These bagel halves clock in between 200 to 300 calories and are made with healthy toppings that’ll leave you thoroughly satisfied – and maybe even ready to compete in your own Olympic event! 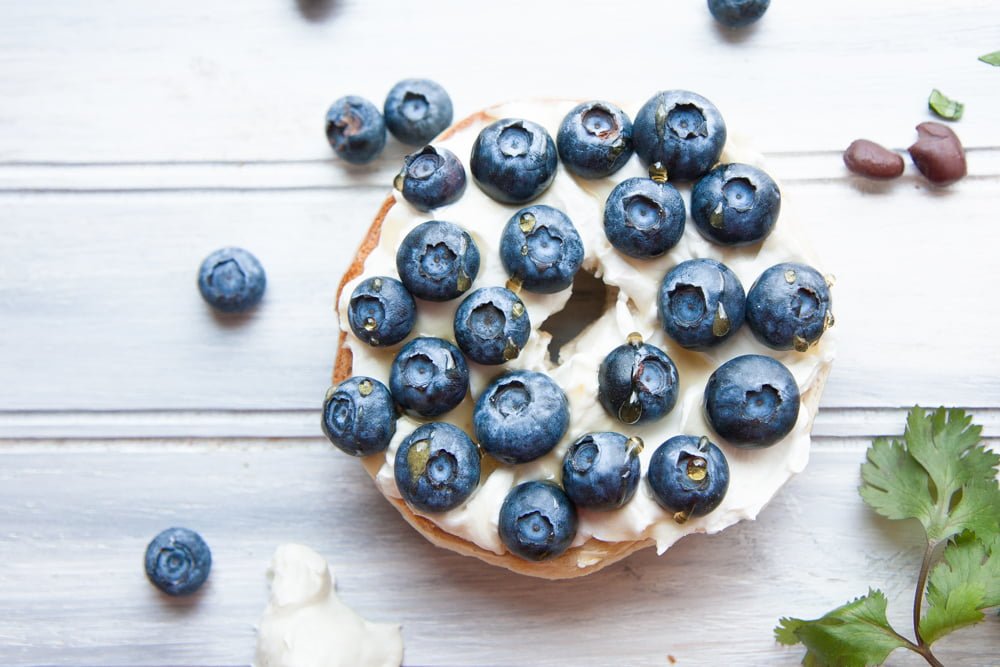 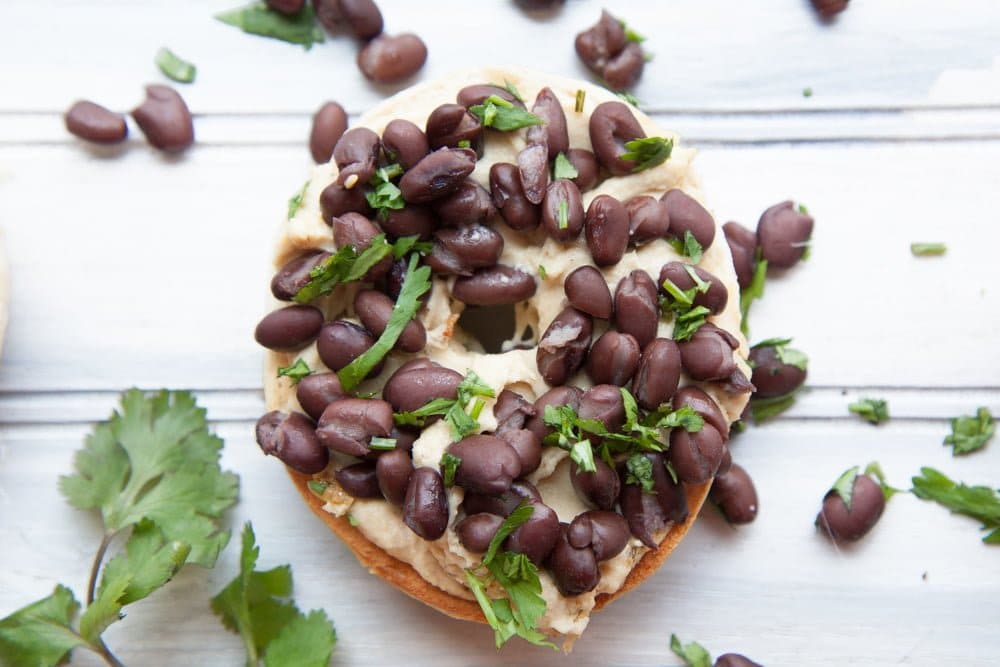 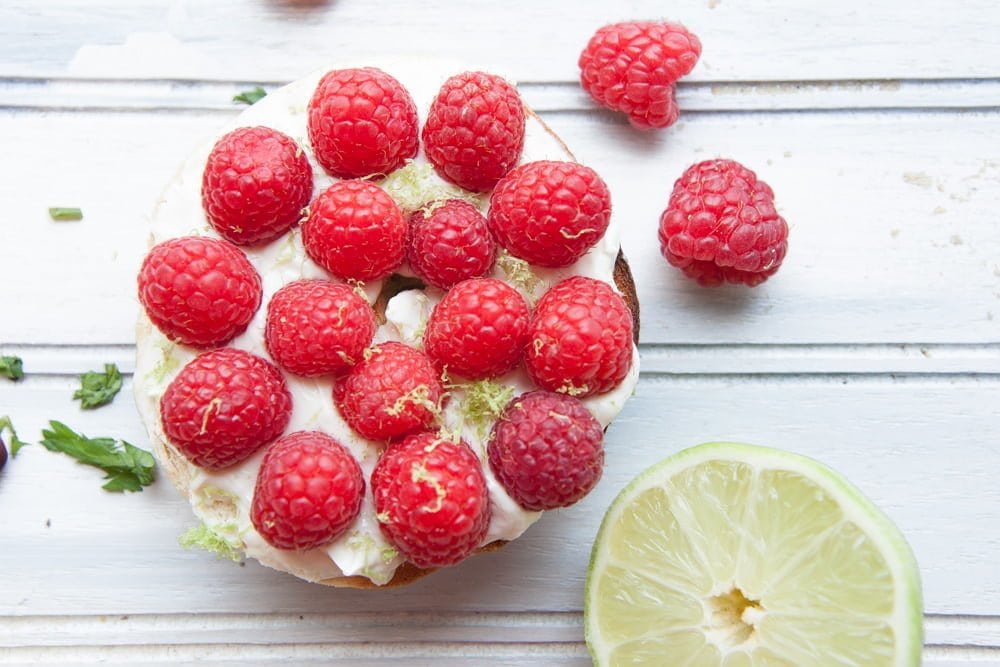 In a small bowl, mix together two tablespoons of cream cheese with the zest and juice of 1/2 of a lime and 1/2 teaspoon honey. Spread the mixture on half of a toasted whole grain bagel. Press in 10-12 fresh raspberries and sprinkle with a bit more lime zest, if desired. 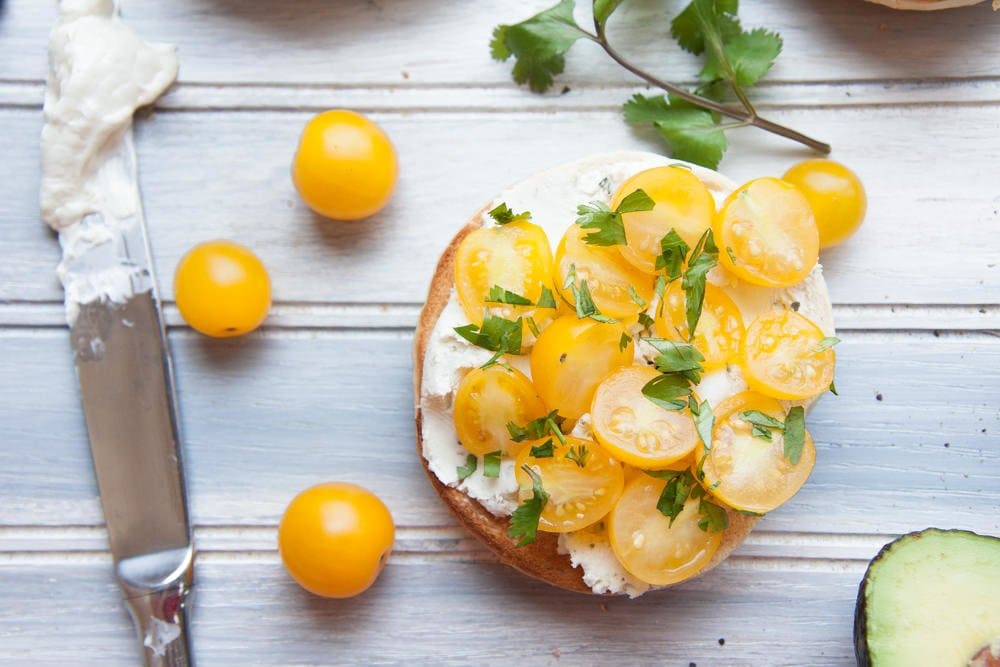 Spread two tablespoons of herbed goat cheese (available in the deli cheese case in most grocery stores) on half of a toasted whole grain bagel, top with six halved Sungold cherry tomatoes—these are sweeter than their red counterparts. Sprinkle with a bit of finely minced parsley. 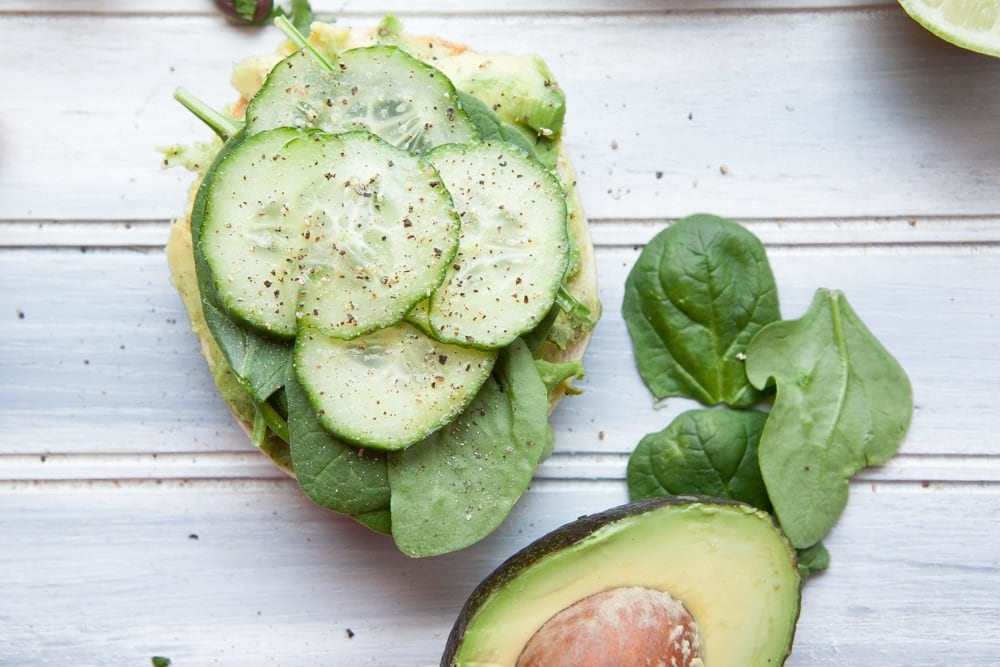 Mash half of a ripe avocado and then spread on half of a toasted whole grain bagel. Top with a handful of baby spinach and a few slices of cucumber. Sprinkle on a touch of kosher salt and pepper.